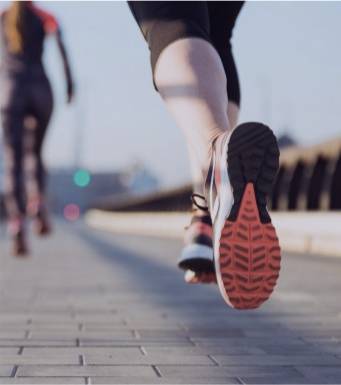 I grew up in Delhi. My father started off as a typist-stenographer, and held 2 jobs to run the household. We were very happy with very little. Our years at Delhi Tamil Educational Association School gave us a good ecosystem and a solid foundation in terms of academics. All four of us siblings went to the same school. I remember playing gully cricket with that ‘bat’ which was used to beat clothes! When we complain about things nowadays, I remember how simple things gave us so much joy in our childhood.

My father was always full of beans and he worked 6-8 hours a day up to the age of 88. My mother was a quiet, unassuming person who never complained in the face of any adversity. She never went to school, could not speak English, but she taught us to deal with any crisis with Zen-like calmness.

My biology teacher Mrs. Bhuvaneshwari taught us with a passion. My English teacher Mrs. Kamala Bhuvanaragam gave us a solid foundation in grammar and helped me get over my diffidence about spoken English.

After doing my Automobile Engineering, I got a job with TELCO (now Tata Motors), which was a dream job. Later, I got admission into Indian Institute of Management, Calcutta. Those two years, with a peer group consisting of the cream from the best institutes, broke the shell around me and helped get over my shyness. But for that exposure, I could never have imagined a career in marketing. I specialized in Marketing Information Systems, graduated from IIM-C, and joined ORG Systems. Within a year, I moved to Digital Equipment Corporation, which had a division called Hinditron, and took charge of institutional sales. My boss there, Mr. Ashok Mirza was a great influence in terms of the practicalities of sales. I then moved to the Chemplast group, where Mr. Kumar treated everyone with a lot of dignity, regardless of rank. When they decided to set up office in the US, they chose me to start from scratch in San Francisco. It was during my stay in the US that I started appreciating India much more than I did when I was in India. As part of our business development, we used to try and meet eminent people in the city. The Consul-General of India invited us to a Diwali party, where I met Shyam Garg, who was the President-Elect of Rotary Club of San Francisco West, a small club with about 27 members, including 5 ladies. They were one of the first few clubs to start admitting lady members. He persuaded me to attend a Rotary meeting, where I discovered the possibility of being warmly welcomed by complete strangers. I joined the club within a month and was amazed at the speed with which they assimilated me. I was with the club for 3 years. During that period, I got married and took my wife back with me to the US. Somehow, both of us knew that we would not stay in the US for long, because our heart was in India. We returned, and by that time, two of my IIM-C colleagues and I had decided to start something on our own and one of them had already set up a company called 4th Dimension Technologies in Chennai. We started off as distributors for TVS Electronics and in 1992, went into Wide Area Networking. In 1999, we bought into Congruent Solutions and I went back to the US to create a market for the products. We set up a US subsidiary and one of our first customers there was a software company in the retirement domain, which is where we are today.

World over, pension funds are moving towards Defined Benefits to Defined Contribution funds, in which the employee decides how his contribution is invested. We then started doing BPO work for Pension Providers. We became a member, invested additionally and served on the board of Society for Pension Administrators and Record Keepers (SPARK). The back-end platforms in these companies were about 20-25 years old, and the top 50 providers were spending 1.5-2 billion a year, running those mainframe-based technologies. The constant refrain was that the industry needed a new, contemporary platform, a specialized ERP solution. We knew the domain well and decided to build the next generation platform. It took us 3 years and more money that we had thought, but launched our cloud-enabled platform COREDC in SPARK in 2015. Congruent is now recognized as a specialized player in the market. In 2018, we broke into two Fortune 500 accounts. We are now on a trajectory that puts us among the very few Indian software companies which has its own enterprise-class B2B platform, catering to the very demanding US market.

TiECON 2014 Chennai recognized us as one of the “Billion Dollar Babies” in the future. We received the Pathfinder 2013 award by the Times Group.

We were able to script this success on the strength of our specialization in a very small niche.

On your corporate culture

Our employees know that the company will take care of them. Our core value is openness and transparency. The downside is what my friend C.K. Ranganathan, calls ‘the South Indian entrepreneur’s high tolerance for incompetence’, which has created problems sometimes.

Your ‘mantras of success’ for entrepreneurs

You must have emotional support from your family. You must have passion and stamina to stay the course, because it is a marathon, not a 100 m sprint. Watch your cash flow. When you get investors, you also get a third-party perspective. Get a coach and get rid of your blind spots, stay open-minded. Let go, and develop a second line of leaders who take ownership, and take the business forward. Be present in the market that you want to serve.

Balaraman Jayaraman (a k a Bala) has three decades of experience in the high-tech industry. As a Co-founder and President of Congruent Solutions since 1999, Bala has steered Congruent through diversification and growth, to emerge as one of the pioneers in the retirement technology solutions and KPO services in the US and UK.