State-run retirement plans: How the US is trying to increase retirement coverage

Home > Blog > State-run retirement plans: How the US is trying to increase retirement coverage 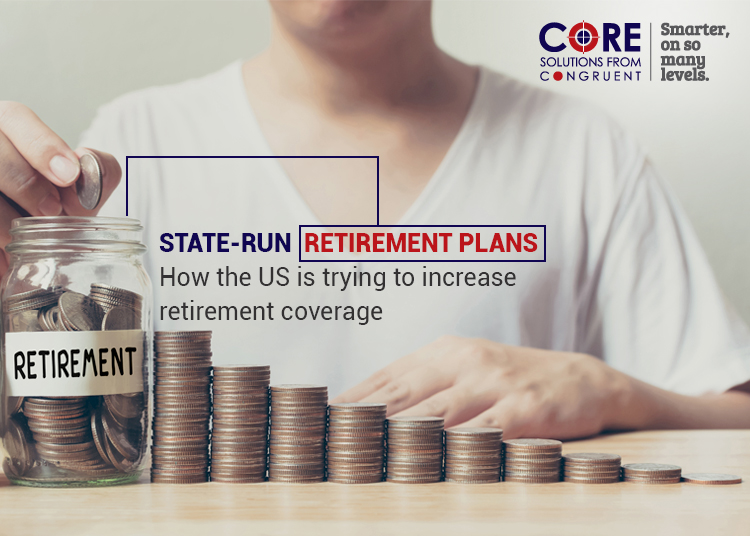 With the cost of living escalating in major cities across the US, saving for retirement also seems like a Herculean task for many. Major expenses, such as medical treatment, may not entirely be covered by Social Security benefits.

To bridge these gaps, and ensure more Americans get retirement coverage, many US states have decided to offer retirement plans, especially for workers in small and medium businesses.

In 2016, the Employee Benefits Security Administration, of the US Department of Labor published a final rule to guide states to design and maintain payroll deduction savings initiatives for private-sector employees. According to this document, nearly 40 million US employees, at that time, did not have access to a retirement savings plan through their employers and that less than 10% of all workers contribute to a retirement plan outside of work.

It added that the concern over the low rate of savings and the lack of access to workplace plans for many US workers led some state governments to create their own savings programs for their residents and individuals employed in their jurisdictions, requiring employer participation.

The document mentions state payroll deduction savings programs for which states such as California, Connecticut, Illinois, Maryland, and Oregon have adopted laws to implement.

These states have taken steps to set up a state-run retirement plan program for employees of private firms who do not have access to a pension or 401(k)-type plan or other savings options. Several other states are considering legislation to start such programs.

Under the state-sponsored initiatives, the workers are automatically enrolled in the state IRA program and contributions are withdrawn from their paychecks. However, they can change their contribution or choose to opt out of the plan.