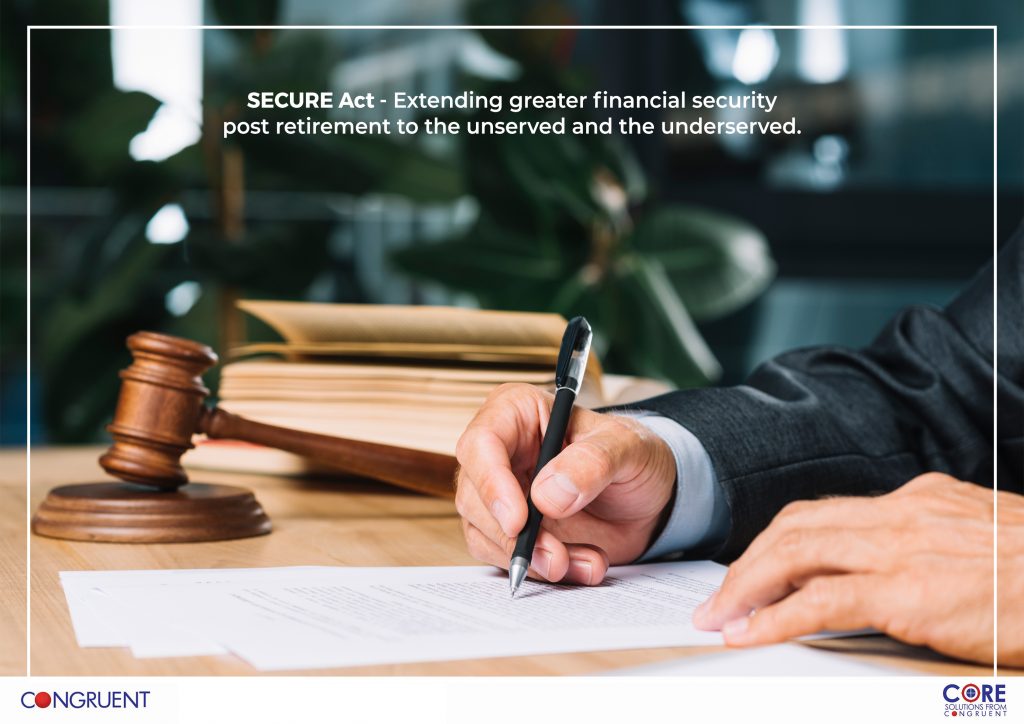 Improved healthcare services have extended life expectancy, which is good news. But, it has also increased the pressure on retirement plans. Unfortunately, employers are finding it hard to match the growing requirements of their employees, who find that in the evening years of their life, they do not have the financial security for which they worked so hard.

According to a United Income analysis, the number of people who are 65 or older and still in the labor force has doubled since 1985. Moreover, a Bankrate survey shows that one in five working Americans are not putting money away to meet financial milestones including retirement, which also happens to be their greatest financial regret. This view is backed by The Report on the Economic Well-Being of U.S. Households in 2018, released in 2019 by the Federal Reserve, which shows that a quarter of non-retired adults have no savings or pension whatsoever.

Further contributing to this gloomy picture is the fact that 42% of private sector workers did not have access to a retirement savings plan as of March 2018, according to the Bureau of Labor and Statistics. Part-time workers and employees at small firms suffered even more as nearly 65% of individuals working for less than 35 hours each week do not have access to a 401(k) or pension plan at work, and 64% of employees of small businesses with less than 100 employees had no access even to a 401(k).

In this context, Congruent welcomes the Setting Every Community Up for Retirement Enhancement (SECURE) Act, as it attempts to set the picture right. Some of the key provisions that will enable this include:

Further, the Act also has implications for saving for education and adoption by increasing the flexibility in covering costs associated with them. The funds in 529 accounts can be used for apprenticeships and qualified student loan repayments loans of up to $10,000. It provides for the withdrawal of up to $5,000 from retirement accounts by new parents for expenses associated with welcoming a newborn in the family.

The bill currently does not address increasing health care costs and Social Security insolvency but is expected to have a positive impact indirectly.

Congruent believes this is a timely bill that will go a long way in helping people lead a more financially secure life after retirement.