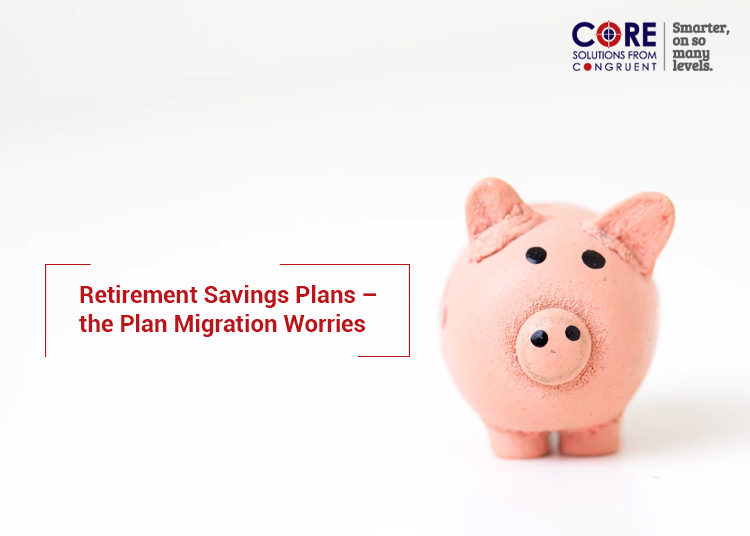 While day-to-day recordkeeping woes have mostly been addressed through currently available off-the-self solutions or through custom built applications thereby making a sponsor’s life relatively easy, there still remain a few problem areas in plan conversions and migration that require attention from the SME (Subject Matter Expert) fraternity in the retirement domain.

Let us look at some scenarios–

The list here is indicative but, by and large,it covers the pain areas associated with plan conversions.

Look closely at these to analyze the underlying problem. What comes out is migration of plan recordkeeping data from one system to another system or from multiple systems to one system. Couldn’t it just be a data migration project? Why would one be so worried about data migration while best tools are available in the Industry and examples have been set by successfully executing large data migration projects? Let’s try to find out the reasons.

The specific nature of recordkeeping in retirement space encompasses the following –

To summarize, record-keepers need a solution that could help them in on-boarding large number of plans from one or more systems to another system (or vice versa) while making sure that data integrity, adequacy and accuracy remains of high standard and data validations adhere to the specified plan rules. A desirable system that could address these concerns should encapsulate the following –